Why Do Millennials Struggle With Commitment? | Chekmate

Join us in discovering an exciting
and visual way to date

Why Do Millennials Struggle With Commitment?

Commitment. A simple word with such a complex meaning. I thought about it today and what it has meant to me in the past, and what it means right now. Being committed to someone means joining forces and becoming a unit. What you think and what you feel, your goals, where you live, your everyday activities, not only concern you, but they concern you, plus one. I feel like as a whole, us millennials are so afraid of commitment, and I constantly ask myself, why? What scares us so much about being committed to one person who we really like (or love). Are we afraid of missing out on someone else out there who “may be better”, or are we just more satisfied with the proverbial “grey area”. I don’t get it. ‘Cause personally, I like things black and white. Clean cut, crystal clear.

I personally dated someone once who was very comfortable in that oh so lovely grey area. We were in that “talking” stage; going on dates, getting to know each other, and started to get pretty close. There were certain things about him that would signal some red flags (always putting his phone face down, never introducing me to any of his friends, disappearing or not communicating when going out to parties for the weekend with his friends), but I shrugged them off because honestly, I was a bit blinded by his cuteness and how much of a “great guy” he seemed like.  We had been talking for 6 months, but nothing really seemed to come of it. We were not building or going anywhere.

Finally, I confronted him about it and he responded with some BS saying, “I want to build with you.” Build what? A tree house? I needed specifics and he couldn’t give me that. Mind you, I asked him this very same question of what he wanted when we first started talking, and his response was quite the same, “I want to build with you…and see where this goes”. GENERIC! If any guy ever responds to you with “see where this goes”, he is just trying to get in your pants. Point blank, period. But, thankfully in this situation I kept the cookie in the cookie jar. And after 6 months when he still didn’t make any move to commit, I cut him off, and had no problem doing so. He was shocked because he never got what he wanted (or was waiting/hoping to see where it will go), i.e. winning the cookie. It’s clear we just wanted different things. 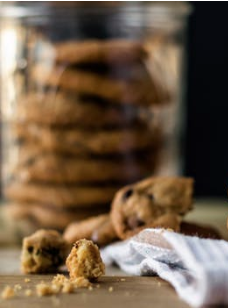 Now I didn’t always use to be this way. I used to be that naive girl who would fall into the trap of the grey area that some guys like to leave you in. Always playing the guessing game, trying to figure out what he wants, what he thinks of you, if he’s told his friends about you, or why you haven’t met any of his people yet? Constant questions, but questions you’re too afraid to ask cause you think it might scare him off, or rub him the wrong way. I soon caught on to the games people play. You live and you learn.

The moral of all this is that you need to define what commitment means for you and hold that standard for yourself. And if a man is willing to and wants to meet you at that same level of commitment, then you’ve hit a goldmine. Never let anyone convince you that what they want is what you want. You know what you want, so don’t lower yourself or shift your thinking just because you’re afraid of losing someone. There will always be someone out there who is more than happy, even begging, for that chance to be committed to you.

Check out http://thednalifestyle.com/  for more on fashion, fitness and dating!